by the Richmond Fed, which states optimal to move less productive workers out of high-productivity hubs and give them UBI of 17,000$ rather than investing money into peryphery project in order to reduce growing income gap 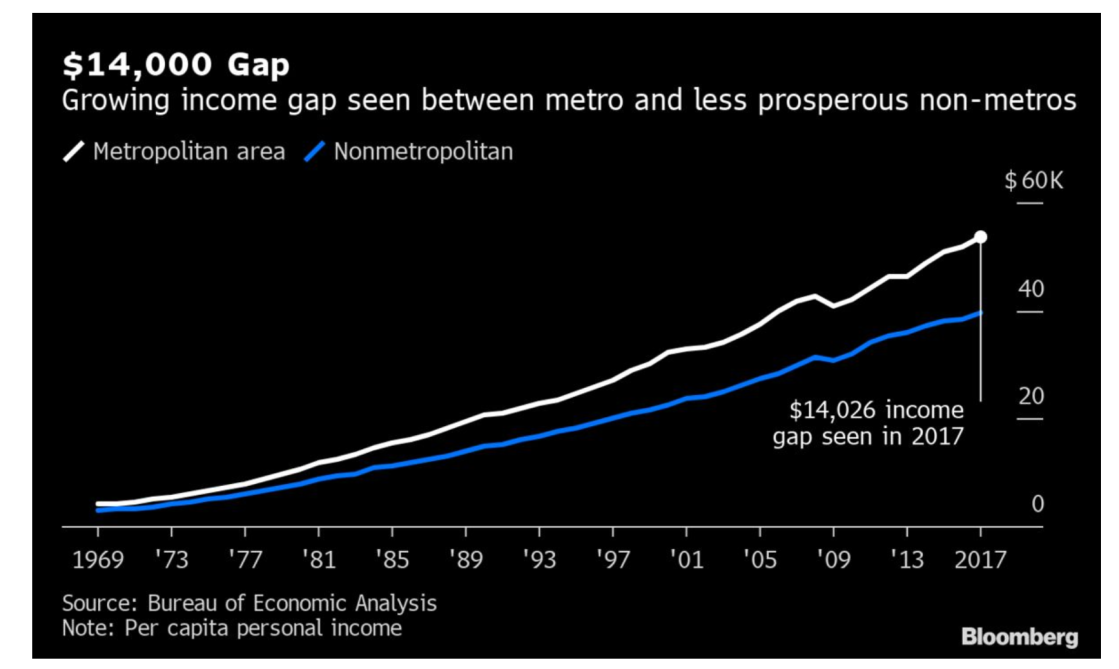 the authors note how CNR or Cognitive non-routine workers are more productive while clustered together so instead of trying to lure them away from hubs where they would become inevitably less productive is better to lure away non CNR from hubs with a subsidy.

This is an economic thought experiment, in a political void, nonetheless there is a clear insight in how to spend development money in the periphery, do not try to create works, just give money away.

A new paper from the Richmond Fed finds that it would be optimal to continue to concentrating knowledge workers in specialized hubs while subsidizing less-educated to move and live in less productive cities with a UBI-like cut of the agglomeration bonus. https://t.co/vWXhgvufBw